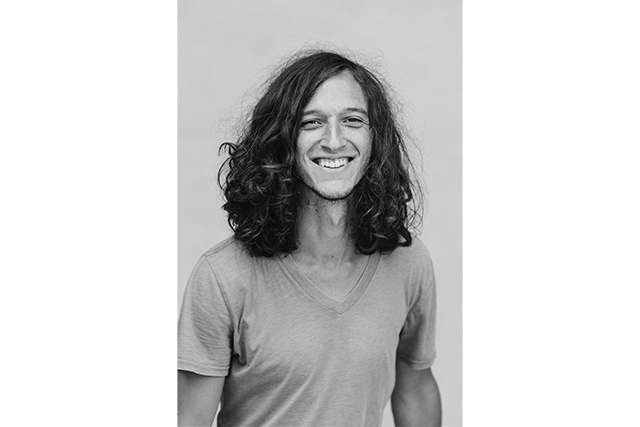 Welcome Gabriel Girard, Iyengar yoga teacher in Lyon, France. We have collaborated with him for a new yoga program, Iyengar Yoga Basic on Gotta Joga.

Hello Gabriel, tell us a little about yourself?

I have been living in Lyon for 8 years now, but my heart is in Quebec, Canada. I grew up on rue des tilleuls in St-Eustache, Quebec.

I am now a Iyengar yoga teacher and musician. 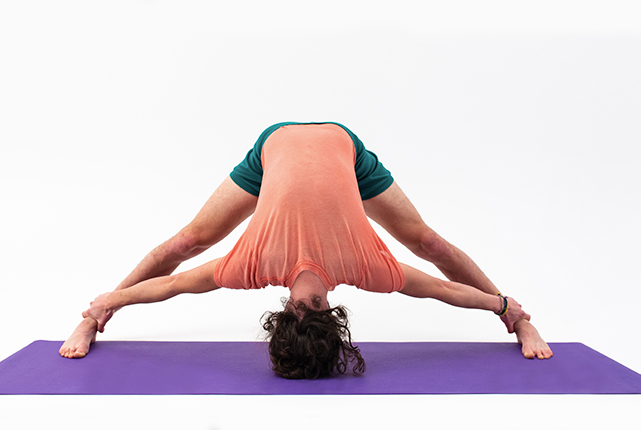 I practiced yoga for the first time on a solitary trip to Western Canada when I was 18 years old. It was a little before the boom of yoga practice and it was still something quite unusual for an 18 year old, very stiff, athletic (ice hockey), studying literature and stating loud and clear that God didn’t exist. However, the encounter that summer was decisive. Once I came back, I never stopped practicing yoga. As soon as I returned to Montreal, I started practicing at Sangha Yoga Studio. I practiced many different styles – including kundalini yoga and vinyasa yoga. It was in the summer of 2012, while living in Brooklyn with my wife, in parallel with my studies of music composition, that I decided to embark on a teacher training program at the ashram of the Integral Yoga Institute, in the heart of Manhattan’s West Village. I began teaching in February and did not stop there. My yogic path led me to Iyengar yoga when I arrived in Lyon. There too, the encounter was decisive. In 2016, I began a second three-year training course with Isabelle Mullie in the Iyengar yoga method, which I have been teaching since then exclusively. 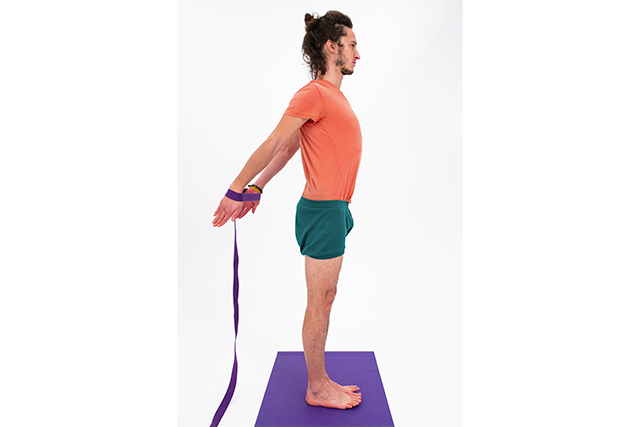 Iyengar® Yoga is based on a high degree of precision in the alignment of the body. The postures are carried out with refinement according to a clear and rigorous methodology. The use of supports (blankets, straps, blocks, …) allows to develop stability and precision in the postures, as well as to adapt them according to each person’s needs. This method is rational, evolutionary with progressive levels. And it is fabulous! 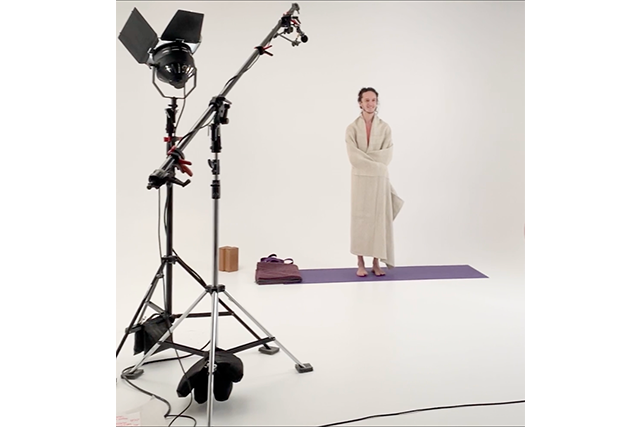 In the studio mid January 2020

A memory of the filming of the classes for Gotta Joga?

Yes! It was cold!
The video studio was so big that it was impossible to heat it – so, in the middle of January, in St-Etienne, I remember that on some takes, I could see the mist coming out of my mouth as I talked to the camera and I had to cover myself with a blanket between each take to keep me warm. 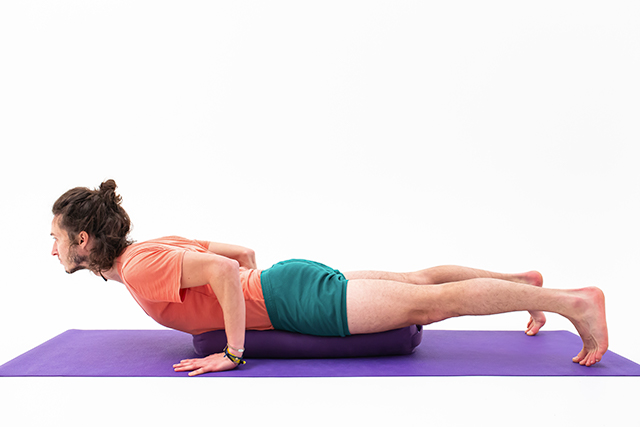 Can you tell us about your Iyengar® yoga program for Gotta Joga?

Simple postures (but not only!) with basic alignments and actions.
On the other hand, these “basic” alignments do not mean “beginners”, on the contrary.
Their quality of consciousness and execution is like a diamond being cut. We never cease to deepen them, to integrate them, to see them in a new light thanks to the consciousness that opens with the years, and they never cease to dazzle us. Sometimes it takes a very long time to understand the same action before we finally “really” do it and discover what we have been looking for for so long. In this way, a beginner as well as a more advanced student will be able to relate to it. 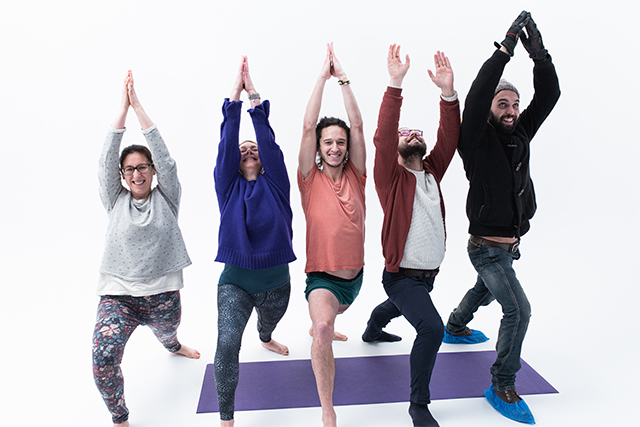 You are also a musician?

Indeed, I have an indie rock band called Solar Wild. People are often surprised to associate rock and yoga. For me, I think it’s a great mix.
But more of a secret is that, although I’m a pretty messy guy, I can make a bed like a five-star hotel and at an amazing speed. It’s because I was a housekeeper at the Fairmont Hotel in Lake Louise where I cleaned rooms for some very famous people. My mother thought it was kind of ironic.
Also, I am the biggest Metallica fan you can imagine.

Thank you Gabriel! We are thrilled to be able to practice yoga with you!

Check out Gabriel’s planning in the web : http://www.lobayoga.fr/
You can practice with him in several Lyon based yoga studios: Centre Iyengar de Lyon, Onlyoga, O Yoga, Yoga Owl, Le Tigre, or take part in the retreats he organizes.