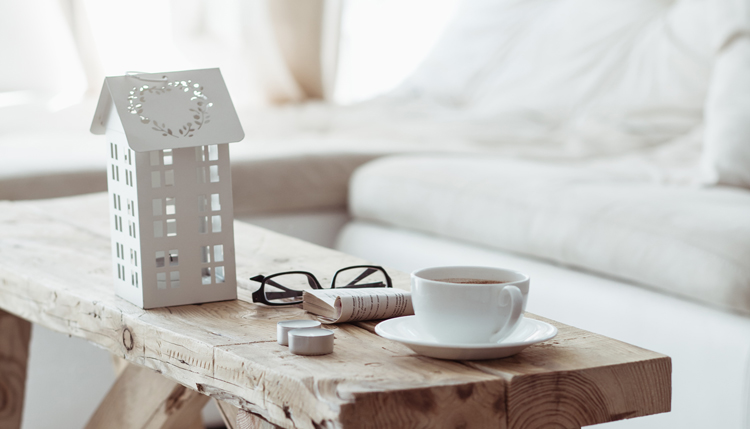 A cup of tea, great detective and some candles is the right mix for an autumn evening.

We love yoga and think reading is great too. Sitting in the corner of a soft couch, keeping warm inside, the light of low raisin sun or an open fireplace, drinking a cup of tea and diving into a good book is something we Scandinavians love to do. No wonder when we have a constant source of great detective stories  coming from Sweden including characters like Kurt Wallander and Mikael Blomqvist. There are Hollywood movies, Tatort bits made of these famous books. The best way of experiencing them is in the traditional way – book made of paper, comfortable couch and a cup of hot tea. 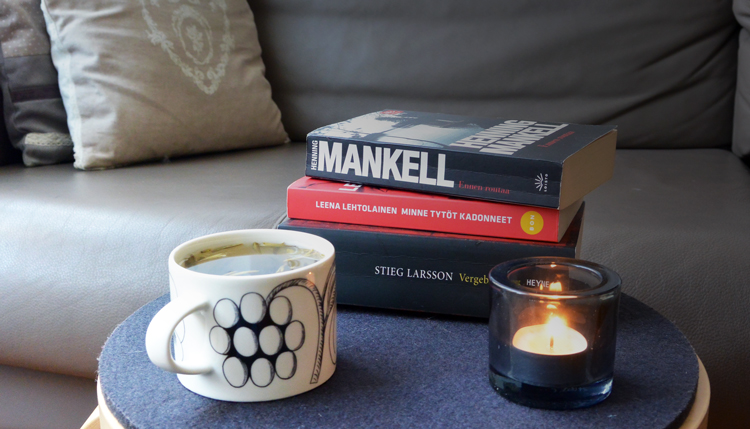 Henning Mankell, the author of a series of mystery novels, starring detective Kurt Wallander, passed away October 5th 2015. That made me yarn for the moments passed with Wallander and later in the series with his daughter Linda Wallander (also detective) making time run faster during long autumn and winter evenings. Kurt Wallander was an almost satiric character with problems with women, alcohol and weight, but a great sense of justice. Mankell as well as Stieg Larsson both show critics towards the juristic system in their country and spent time Africa. Mankell was politically active, being captured on a ship in front of Israel trying to break the Israeli embargo on Gaza strip.

My favourite book by Henning Mankell is Innan Frosten, Before the Frost, 1st of the series of 3 books featuring his daughter Linda as the main character.

Stieg Larsson wrote the Millenium series, famous trilogy featuring detective Mikael Blomqvist and hacker Lisbeth Salander. Larsson died in 2004 and the Millenium trilogy was published after his death and became madly popular allover the world. David Lagercratz (Author of I Am Zlatan Ibrahimovic) has written “What doesn’t kill you” as return of Lisbeth Salander and Mikael Blomqvist. However, Eva Gabrielsson, widow of Larsson, is said to be in the posession of several unfinished manuscripts that she wishes to finish. Waiting for them eagerly.

Meanwhile Män som hatar kvinnor – The Girl with A Dragon Tattoo, first of the series, remains my favorite, as it finishes with a sense of mystery and romance in the air. You cannot stop astonishing the capabilities of Lisbeth Salander (knowing that she is a fictive character, almost like a Scandinavian superhero).

Leena Lehtolainen is less well known internationally, but counts as one of my favorites with her whisky and exercise loving female detective Maria Kallio. The first book in the series called My First Murder is even translated to English. The series follows Maria’s life from a young detective to a higher ranked police and mother of 2 children she wishes to protect from the safety risks of her profession. It is a realistic expression of a woman working up her career in a traditionally masculine environment. The cases bring me back to Finland capital area Helsinki and Espoo.

Gotta Joga is inspired by the culture of our scandinavian roots – practice yoga, löydä* Scandinavia.