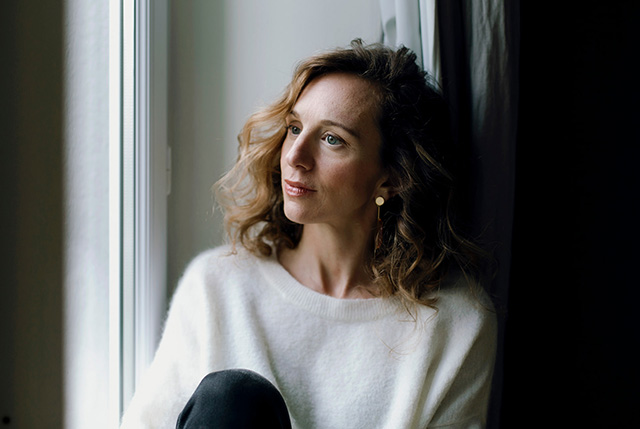 Say hello to Blandine Soulage, vinyasa yoga teacher from Lyon, France,  with whom we have collaborated on the new Gotta Joga yoga programme “Fluidity and Release”!

Blandine shares her story with you in her own words:

“My name is Blandine, I live in the beautiful city of Lyon in France where I am a professional photographer and a vinyasa yoga teacher.

I like to combine these two passions, arts of reflection. Photography, like yoga and meditation, brings us back to the present moment and invites us to take another look at the world.

They invite us to rediscover the beauty of things captured in the light of the moment. 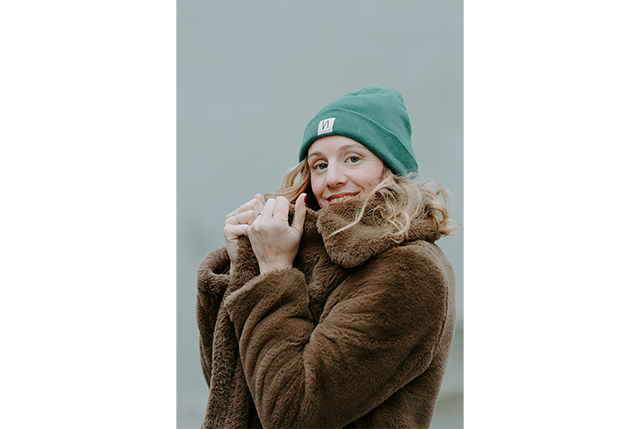 I discovered yoga, which I used as “therapy”, after a serious car accident about ten years ago. A head trauma recovering of which cost me a year of my life.

Unable to “do”, I felt like an amputee of a part of myself. But thanks to yoga, I learned that a full existence is not a “full” existence… but a fullness that happens each moment we are given to live. “Each day is a new life, each wake-up a new birth” says Schopenhauer.

I started yoga thanks to my roommate in the hospital, a example of courage and humanity. Since then I never stopped. Every day I had an get-together with my mat, as if to schedule an appointment with my body that suddenly refused to obey me. And little by little I became more and more at peace with it. I felt everything that lived and pulsed within me and that was still there. I had lost some things… but I found new ones.

This experience sent me back to my fragility… but I couldn’t accept myself as fragile. It was not a test of strength but a test of weakness. Strength doesn’t lie where you think it lies. You have to have a lot of strength to accept your weaknesses. This is “Santosha”, one of the great lessons of yoga which teaches you to know yourself, your capacities, your limits and thus gain confidence and self-acceptance.

I was in total disagreement with what was happening to me and the need that was going to be imposed on me to have to deal with this new state. Thanks to yoga, I learned not to waste time. To make time that I thought was lost, was actually time gained. To gain in awareness, in authenticity. Yoga opened my eyes to what was essential. Then I understood that from now on I would have to fight not against my injury but with it… to be able to recover. To put away my ego and to turn my will not into a battle but an armour… an armour of patience.

Today I have two small children and I no longer have the possibility to practice yoga every day, but I try to stick as much as possible to the physical and mental “ethics”, “Svadhyaya”, the study of yourself, daily discipline of the mind. I know that it is a long work and that it will never be completed. That’s what I like too.

As in yoga, life is a series of exercises that flow one after the other and that we perform with varying degrees of success. As in yoga, it takes a lot of practice to learn an exercise and move on to the next posture. But we are lazy and sometimes reluctant to practice what is not natural for us, what requires effort, sometimes supernatural.

The practice of the Asanas encourages us to progressively overcome ourselves. To practise regularly and to progress towards a greater self-control of our body.

To admit that we are facing an “exercise of life” is to become aware of the field of possibilities. It means capturing all the space we have to act on our own destiny rather than letting our destiny act on us.

Also knowing that an exercise is never completely finished. That one exercise calls for another exercise. That this is life, that’s all.

Thanks to Vanessa De Haas, who also teaches Gotta Joga, I discovered vinyasa. She has been a ‘revelation’ and she remains a bit of a mentor, my ‘guru’. The practice of vinyasa is physically demanding and involves strength of will and listening to yourself. I have found the right balance between strength of will, ” Abhyasa “, and letting go, ” Vaïragya “. “Abhyasa-vaïragyabhyam tan nirodhah ” : the shutting down of automatic thinking is obtained by an intense practice in the spirit of letting go, says Patanjali in verse I.12 of the Yoga Sutras.

Through regular practice, yoga helps us to know that we have strength and courage. That our resources, our supports, are strong.

Yoga invites us to change, it invites us to abandon the “Samskara”, our habitual combination of implicit memory and conditioning which sticks to our being and which we find difficult to get rid of.  The practice of the positions requires not only a flexibility of the body… but a flexibility of mind. To enter positions which seem strange and uncomfortable. Finding comfort in discomfort. To overturn yourself. To turn upside down.

New things can appear in the form of a new way of looking at things rather than through new experiences or situations. It is our ability to change the vision that will bring new perspectives to our lives. Here again, photography and yoga come together.

Following my head trauma, when I realised that I would not be able to resume my work, yoga helped me understand that I had to stop persisting in a direction that was closed and simply branch out to be able to move forward. So I trained myself to teach yoga and photography to change direction.

Sharing yoga, transferring what yoga brings me, seeing the students at the end of a class opening their eyes, calm, relaxed, connected… seeing them growing through the sessions, settling into their bodies, their breath, opening up… there is nothing more rewarding.

Yoga can bring a real sense of well-being to everyone, whatever your physical condition or age is. Teaching yoga means offering the possibility to others to feel better, opening them to everything I have discovered and I am still discovering in my practice.  Everybody has a body and a breath, and air is one of the few things shared for free on the earth today. Yoga is therefore universal and accessible to all, and I wish it would be shared as widely as possible. Diffusing yoga means allowing everyone to feel better with themselves and better with others. It is working for a world of compassion and love. For me, “Karuna”, compassionate love, is the final goal of yoga. 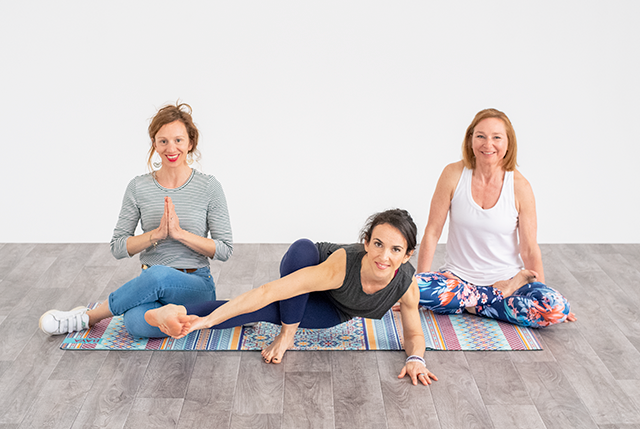 It is with this idea of sharing that I have been working with the Gotta Joga application since the beginning. As a photographer, I have taken the pictures for several programs and I also lent my voice to Vanessa and Anu for the French version. I am happy today to share my classes with subscribers . These classes are designed for people who have already followed the beginner’s programme but they are adapted so that all levels, from intermediate to advanced, can find their way. It is up to each person to be aware of his or her physical abilities in order to choose the most suitable proposals in the class. It is even more important when practising at home not to go too deep into the positions because the teacher is not present to give eventual corrections guaranteeing safety. Whatever the purpose of the positions is, what really matters is to progress in the practice with kindness and tenderness towards your body. Being regular in the practice will allow you to evolve gradually and gently into more complex positions, without putting yourself in danger. It is better to do “less” but regularly.

Have a good practice with Gotta Joga! »

Thank you Blandine! We are happy to have the opportunity to practice yoga with you!